Countries around the world pledge their climate action commitments in anticipation of COP21.

With just one week to go until the start of the 21st Conference of the Parties (COP21), a majority of the world’s nations have already submitted their pledges for Paris. Throughout 2015, in the lead up to the conference, countries around the globe have been submitting their pledges to reduce greenhouse gas emissions over the coming years. These pledges are referred to as intended nationally determined contributions (INDC).

With the expectation that this year’s conference will produce a legally binding agreement from the world’s nations, there’s no question as to why such close attention is being paid to each party’s INDC. Below is an infographic presented by CarbonBrief that outlines which countries have submitted their pledges. As mentioned in the infographic, to date, 171 out of the 196 parties have submitted their pledges for COP21, with close to 100% of territorial emissions covered under current promises. 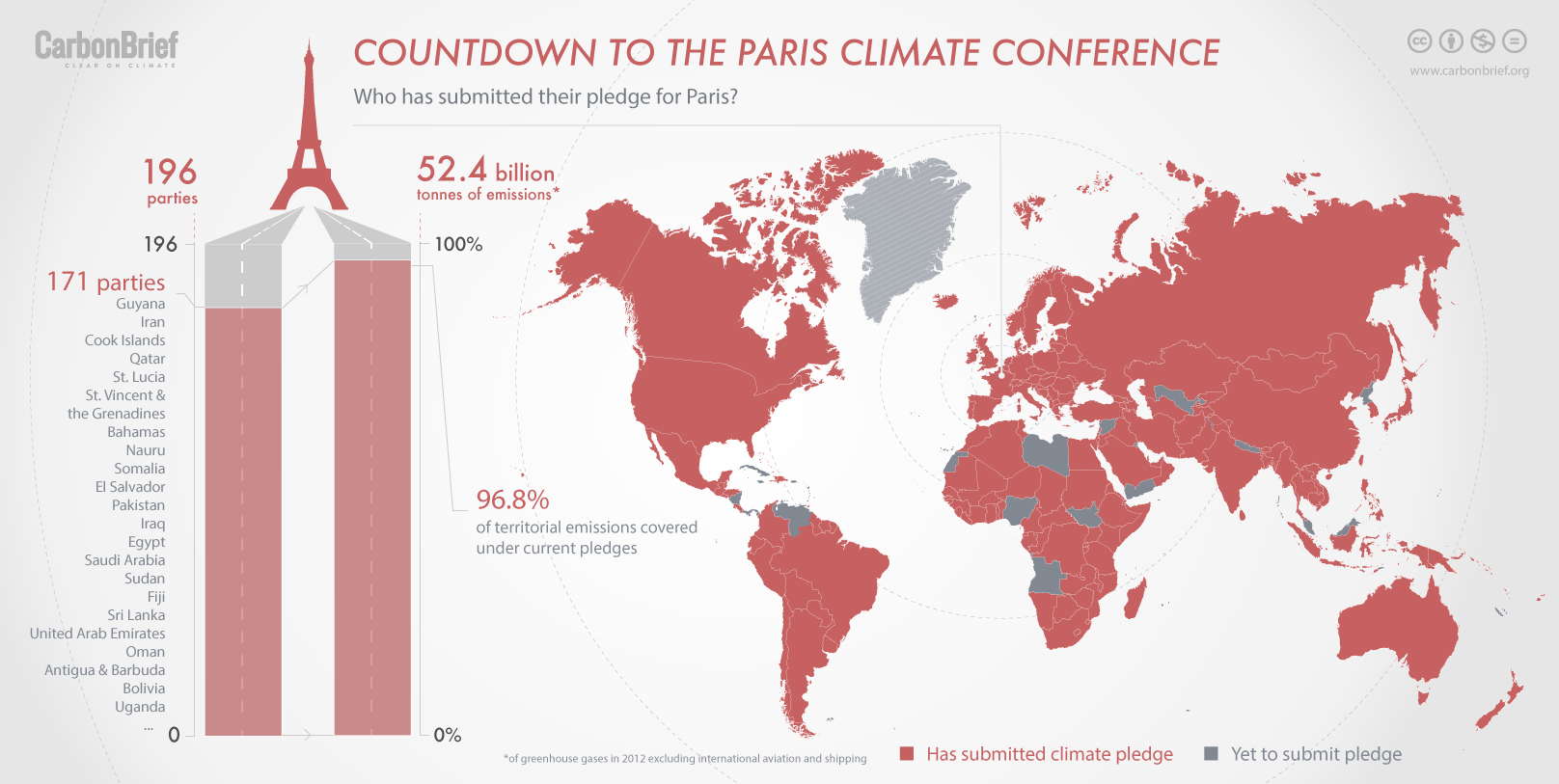 United at COP21, the parties have the ability to keep global warming below 2 degrees Celsius and mitigate the effects of climate change before it’s too late. Learn more about the 21st Conference of the Parties.

Legend Power Systems (LPS) excitedly awaits the anticipated climate action that will be set into motion at COP21. Learn more about how LPS is helping commercial and industrial buildings contribute to positive climate action on a daily basis by reducing their energy consumptions.