Why is 2°C the threshold for maximum temperature change for global warming? 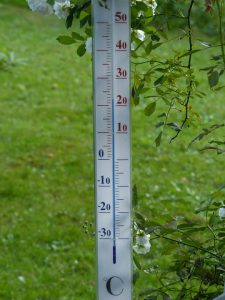 According to the Intergovernmental Panel on Climate Change global warming of more than  2° Celsius would have very serious consequences. It would increase the frequency of extreme climate events, low-lying islands would be underwater and our ability to grow crops in parts of the world.

It was in 2009 that countries stated their determination to limit global warming to this two degree cap between now and 2100. In order to reach this target, scientists estimate that global greenhouse gas emissions have to be reduced by 40 to 70 percent by the year 2050. Carbon neutrality (zero emissions) needs to be reached by the end of the century at the very latest.

The question that many are asking now, however, is: is 2 degrees still too high of a cap? Debates continue and there are negotiators pushing for the cap to be 1.5 degrees.

Check out this video from behind the scenes at COP21 and find out what a difference half a degree can make!